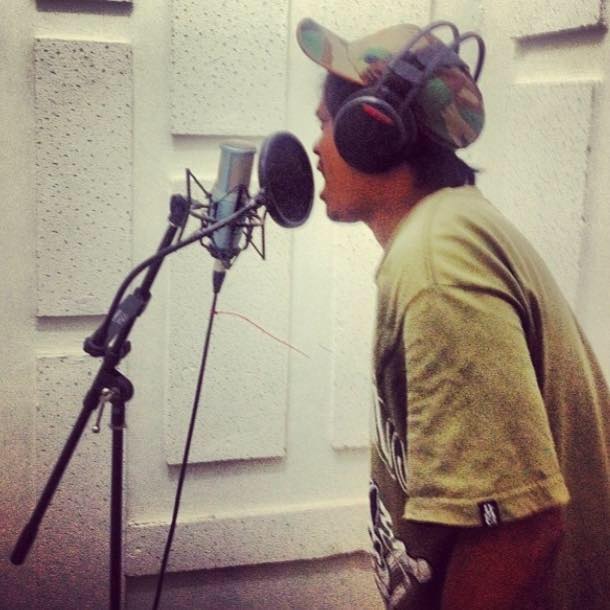 LOVEHATELOVE, is three words that will be well worth through the streets of small artistic city, namely Yogyakarta. Passing through the streets you can see his images as scratched drawings in the form of photocopied posters, stickers on trashcans, marker scratches, and drawings on walls as well as graffiti. Rolly is the young man who sees the streets and angles of the city as a space of freedom to demonstrate oneself and use artistic restlessness to bring attention to the subjective. He then presents the expression lovehatelove as a message that everything in life is a process full of uncertainty, as well the street name as a way of calling out to everyone through a presence of multiple colors and brushstrokes. Through mixing brush strokes, and colors with bursts of spray-paint he hopes to transform the frozen spaces of the city and simultaneously show that he is among us.

Artist statement:
My creative process usually begins from any occurrences along the street. All of those things is about stories and experiences that I see in the street. A piece of my artwork in the wall is characterized as a face which is made up with runic symbol tattoo. Not only creating mural with face character, but I also paint font symbol which is about stories from musical lyrics or my own personal stories. Those paintings scattered along the street represents that I have been there.